Play The Great Coffee Break Together. Win Free Food for the Family. 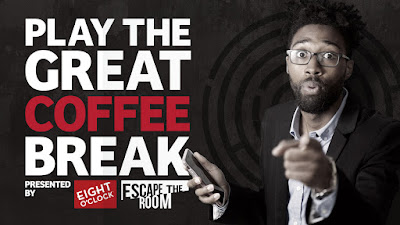 Players can visit GreatCoffeeBreak.com from June 17 through August 11 to solve coffee-themed puzzles in Eight O’Clock’s digital game designed by Escape the Room

MONTVALE, N.J. (June 20, 2018) – Eight O’Clock Coffee, America’s original gourmet coffee, today announces the release of The Great Coffee Break: a digital escape room game that people can play for the chance to win a year of free groceries! The Great Coffee Break is the first Augmented Reality-triggered digital game designed by Escape the Room and can be launched by scanning any Eight O’Clock Coffee package with the Shazam app – or by going directly to GreatCoffeeBreak.com. Set in a fictitious animated roastery, players will solve coffee-themed puzzles to help bags of Eight O’Clock “escape the roastery.” The Great Coffee Break will run from June 17 through August 11, 2018, and eight people will win the grand prize: free groceries for a year.*

Since 1859, generations of Americans have been connecting over Eight O’Clock – enjoying rich, smooth coffee as they share conversations, celebrate special moments, and play games together. The Great Coffee Break will provide consumers with a new way to experience their love of coffee and gaming by leveraging the escape room trend that has grown exponentially in recent years.

Players of the Great Coffee Break will explore different virtual rooms within the roastery to find clues, solve puzzles, and complete the mission. Eight O’Clock Coffee’s game is designed to facilitate the satisfying feeling of discovery that players experience in physical escape rooms – which may be the reason that they have grown in the US from 22 in 2014 to about 2,300 today.

“With the Great Coffee Break, we are tapping into one of the hottest emerging trends in a way that is meaningful to coffee drinkers and relevant to today’s lifestyle,” said Michael Scalera, Senior Brand Manager at Eight O’Clock Coffee. “Our fans tell us all the time that enjoying Eight O’Clock Coffee is key to their day – and it’s certainly key to solving the Great Coffee Break. Plus, while people are ‘escaping the room’ they’ll have a chance to escape their grocery bill for a year.”

“Eight O’Clock Coffee has long provided a meaningful way to bring people together, as does Escape the Room – so putting our brands together was a natural fit,” said Victor Blake, Founder and CEO, Escape the Room. “Bringing both of these experiences to life virtually in a way that makes sense for a solo player was my primary inspiration for The Great Coffee Break game. I’m thrilled with how the game turned out, and I think people will really enjoy playing…hopefully with a cup of Eight O’Clock in their hand.”
Scalera adds, “The Great Coffee Break is a game, not a true reflection of the process at our roasting facility in Landover, MD. We have to keep some secrets, after all.”
The Great Coffee Break promotion runs from June 17, 2018 through August 11, 2018 and was conceived and executed by The S3 Agency in Boonton, NJ. The game is being supported by in-store and digital advertising, social media, and public relations outreach.

To play the Great Coffee Break and for complete rules and details, go to www.GreatCoffeeBreak.com.

*Each Grand Prize of is a year of free groceries, defined as $8,000 awarded in the form of a check. No purchase is necessary to enter. Open to legal residents of the 50 United States or D.C., age 18 or older.

An American family tradition since 1859, Eight O’Clock Coffee joined the Tata Global Beverages family of brands in 2006. This beloved brand with whole bean coffee heritage has been brewed with passion for over 150 years and remains a top five brand in the U.S. coffee segment today. Eight O’Clock has a full range of varieties, medium to dark roasts, single origin and indulgent flavors, available in whole bean, ground and single-serve forms. Eight O’Clock Coffee’s Center of Excellence sources its high-quality Arabica beans from the world’s best origins; the beans are then expertly blended, roasted and packaged at the brand's facility in Landover, MD. Headquartered in Montvale, NJ, Eight O’Clock Coffee extends the reach of Tata Global Beverages with its national distribution at leading U.S. retail customers. According to Nielsen Homescan, the brand continues to rank highest in consumer loyalty and repeat among packaged coffee buyers, which is further validated with 4+ star product review scores. A true original, Eight O’Clock has crafted a coffee legacy by delivering consistent quality, great taste and value. For more information about America’s original gourmet coffee, please visit www.eightoclock.com and follow us at www.facebook.com/eightoclockcoffee.

About Escape the Room

Starting with one game played in New York City in October of 2013, Escape the Room has grown into what is now known as the premiere live game and entertainment company in the United States. Developed by an all-star team of puzzle designers, theme park engineers and set designers, Escape the Room creates interactive, immersive games rooted in hyper-realistic scenarios with state of the art technology that sets the bar for experiential entertainment. With dozens of “rooms” in multiple cities across the country, including Atlanta, Boston, Dallas, Detroit, Houston, Milwaukee, New York, Philadelphia, Pittsburgh, Scottsdale, St. Louis, and Washington, DC, Escape the Room brings gaming into the real world. For more information, visit www.escapetheroom.com.
Posted by Alisa Jenkins at 4:21 PM 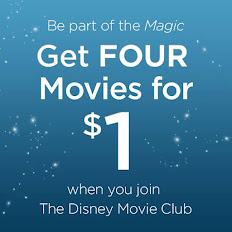 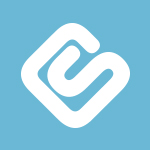 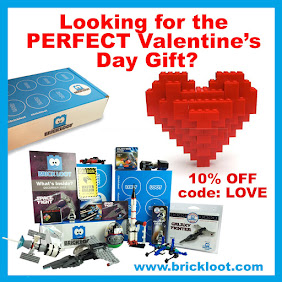 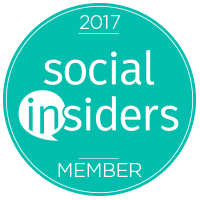 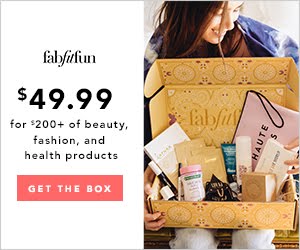 Book of the Month Club 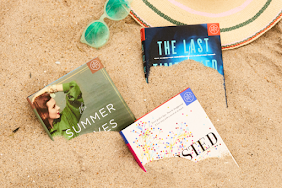